Just Give In / Never Going Home by Hazel English

Shoegae songstress Hazel English has made a wonderful album

Hazel has the most dreamy vocals I have ever heard. Hailing from Australia, this young indie songstress has been gracing us for a few years now. Beginning in 2015, Hazel released “It’s Not Real” in the summer and “Fix” in the fall. However, the grace and truth in the reflections this shoegazer didn’t come to fullness until the release of this double EP in May 2017. I am literally on the edge of my seat waiting for her next full length, and at this point, I’ll take anything.

Just Give In / Never Going Home

Hazel English is a 25-year-old Oakland-based totally artist who makes beautifully blurry indie-pop music powered by transcendent melodies and caked in layers of Californian sunshine and redolent reverb. Her label debut, Just Give In / Never Going Home, collates a brilliant snap-shot of her DIY creations up to now. Those who have followed her meteoric ascendance during the hazy blogosphere thus far will recognize the title track ‘Never Going Home’ and ‘It’s No longer Real’. Both tracks were first premiered […] 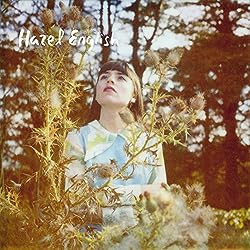 Far Out Dust by Talos

Everybody Home by Granny Smith