SYML LP out May 3rd

Eagerly awaiting the release of SMYL LP May 3rd

Brian Fennell, has a such a smooth voice. Seattle native, Brian Fennel is the artist behind SYML, meaning “simple” in Welsh.

Lyrically, Brian’s tunes are hitting some major themes in the direction of beauty and loss, overwhelming passion and ugliness. Fennell’s maturity in his songwriting is showing; more up-tempo and band-driven music that appeals to wider audiences. He is moving down the road in a more pop style however I don’t believe he has lost the initial appeal that piqued the interests of so many. His stunning arrangements and cinematic dynamics are overflowing.

The past few years has seen SYML release quite a few singles to rave reviews. “Where’s My Love” was used in the TV show Teen Wolf, and the movie “Adrift” being given Gold certification in Canada and Belgium.

The new LP will be released on Nettwerk Recrds May 3rd, be sure to get on the list and pre-order, or save to your spotify account now.

Brian Fennell is a student of simplicity. As SYML (pronounced “simmel”), which translates to “simple” in Welsh, Fennell writes emotive songs that capture the ethos of his musical persona. Ultimately his songs are a kind and truthful depiction of emotion grounded by his gut-wrenching vocal delivery. This is SYML’s debut album. 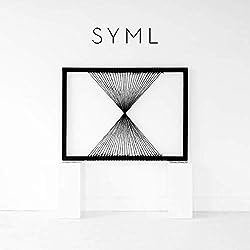 Far Out Dust by Talos

RWLYD (Really Wanna Let You Down) by MONOWHALES

No Other Love feat. Svmthox by Adrian Sieber

Ex-SF by Fire in the Radio